This blog and a few that will follow it are all about one of my favorite late Spring/Early Summer blooming cut flowers - the Peony.

Peonies (scientific name Paeonia) are a flower garden staple, one of the easiest to grow and thrive in our USDA Zone 8 gardens, after all they are native in part to Western North America. They are wonderful for adding structure to a cut flower garden or adding color to an otherwise boring landscape full of trees and shrubs. They are an ornamental perennial grown for their large, beautiful, and often scented blooms in late Spring and early Summer. An added bonus is that their foliage remains strong and vibrant throughout the year, even developing lovely fall color, until winter when the plants go dormant. Well tended peonies have been known to live for a hundred years!

Peonies have been cultivated, starting in China, since the sixth century and have a rich history of use for culinary (yes, parts are edible), medicinal and ornamental purposes. There are three types of peonies - herbaceous, woody shrubs (also known as tree peony) and Intersectional Hybrids (ITOH) which is essentially a cross between the tree and herbaceous types and named after the Japanese horticulturist, Toichi Itoh who developed it in 1948.

Herbaceous peonies, such as Paeonia lactiflora, are by far the most common with many varieties widely available in the ornamental market. These peonies die back in late autumn and stems return the following spring. Tree peonies, such as Paeonia suffruticosa, are shrubbier and produce permanent woody stems whose leaves die back and shed in the winter. ITOH’s are a combination of the two varieties with leaves like a tree peony but growth like an herbaceous and many blooms from early spring through early autumn. Tree peonies and ITOH’s are less available (they are harder to propagate and “newer” to the home grower market) in the ornamental market and tend to be very expensive, often retailed at select nurseries starting at over $100 per plant.

How are peonies propagated? Herbaceous and ITOH peonies are usually propagated by root division and sometimes by seed, although seed takes much longer and there’s a possibility the resultant plant may not be true to variety. Root division on the other hand ensures a plant start that will be true to variety and quicker robust plant growth. This is why herbaceous peonies are commonly sold as a bagged or boxed “bare root” or a potted bare root plant as commonly seen in nurseries. Bare roots are commonly sold based on the number of “eyes” or sprouts on the root. Bare root 2/3 or 3/5 eyes are common. Obviously, the more eyes on a root when you purchase it, the larger the plant you’ll start out with. Tree peonies, since they grow more shrublike with a woody stem, are often sold as 1 or 2 year old plant starts, potted or bare root, with a woody stem attached.

Stay tuned for my next blog with information on how to plant, grow and nurture peony plants! 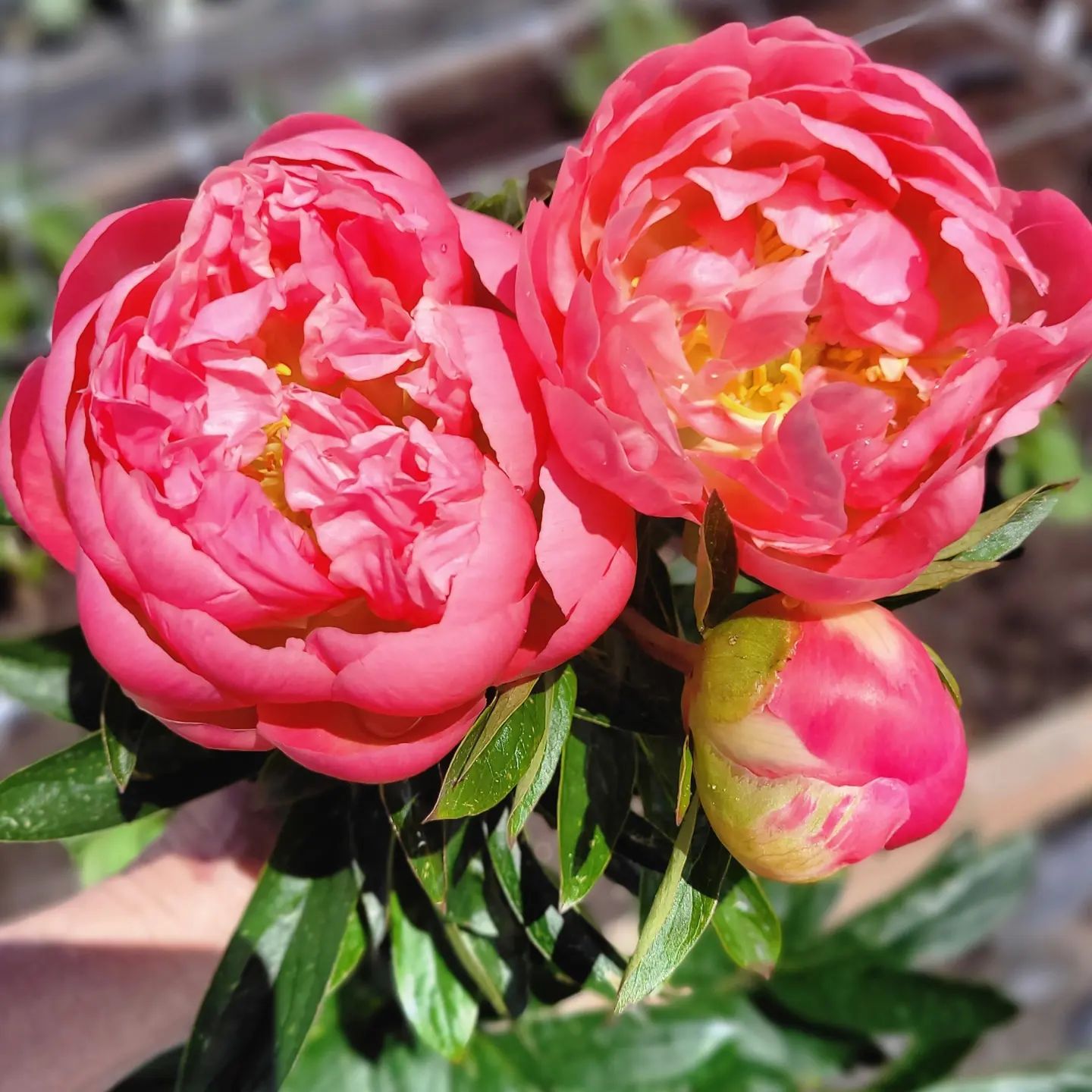 Peonies - When, Where and How to Plant

A New Website for Little Island Farm and Flowers